Which Is Better For Your Business: Woocommerce or Shopify? You’re not alone, to be sure. The majority of people who want to establish an ecommerce business struggle to pick between the two options.

Although both Shopify and WooCommerce allow you to create an online store, their features, pricing, and user experience are vastly different.

Of course, you’ve heard of platform comparisons like WooCommerce vs Shopify during your research and discussions.

When it comes to choosing an ecommerce platform, most users desire a robust feature set, flexibility, and straightforward pricing. It’s also been proven that each platform has its own set of challenges.

Choosing a hosting provider, a name to purchase, and a theme to use can seem like an unending list of decisions. Even more so when it comes to e-commerce sites, where you’ll have to select between Shopify and WooCommerce.

A Comparison of WooCommerce vs Shopify

WordPress is a free, open-source content management system.WooCommerce is a free WordPress ecommerce plugin that allows you to turn your website into a powerful online store.

What Is Shopify and How Does It Work?

Shopify is an all-in-one ecommerce platform that allows you to create a fully working online store without the need for a developer.

It’s a hosted option, which means you won’t have to worry about finding a web host or installing software yourself. These are all taken care of by Shopify.

Shopify, unlike WooCommerce, is not an open source platform, but it does include a number of features that appeal to a variety of demands. Shopify is an older platform than WooCommerce (it was launched in 2004). This Canadian-based platform has over 1 million merchants and, thanks to continuous updates, offers a variety of up-to-date services.

What is WooCommerce, and how does it work?

As a result, WooCommerce is not a true ecommerce platform. It’s a free WordPress plugin that converts your site into a fully functional ecommerce store. Your store will be up and running in no time if you install the WooCommerce plugin on your WordPress site.

WooCommerce is a free WordPress plugin that transforms a regular website into a fully working ecommerce store.

Pricing of WooCommerce vs. Shopify

Now for the big question: how much do these solutions cost to buy and maintain?

The main difference between Shopify and WooCommerce is that the former has a defined pricing structure while the latter does not. This means you pay a monthly price to use Shopify’s software, which includes a free subdomain, hosting, and ecommerce tools, among other things.

What Should You Look For When Selecting An Ecommerce Platform?

Many people have problems selecting an ecommerce platform since they are unsure of what to search for. Most people choose WooCommerce or Shopify because everyone else does, but as a store owner, you must build a justification for your choice, which I can assist you with.

Consider the following aspects before deciding on an ecommerce platform:

WooCommerce is relatively simple to understand, particularly if you are familiar with WordPress and its environment. The only significant difference is that you must install and maintain WordPress and WooCommerce yourself.

Shopify is the simplest platform to use since it guides you from the minute you open an account. You don’t need any technical knowledge to set up your ecommerce store. The goal of Shopify is to provide a platform that reduces the risk of “doing it wrong.”

As the owner of an online store, you’ll want to devote as much time as possible to important business duties like accepting client feedback, processing orders, responding to customer inquiries, and dealing with vendors. To achieve this perfect condition, you’ll need an ecommerce platform that not only makes it simple to set up your online business, but also makes it simple to maintain and administer it. WooCommerce also makes ecommerce payment processing easier by providing a variety of choices.

Integration with a third party

Running an ecommerce store isn’t limited to using a platform that allows you to do so. You’ll need a number of tools and services, such as email marketing and social media platforms, to work together. It’s critical that the ecommerce platform you use to integrate these technologies, such as WooCommerce, supports MailChimp.

Consider your ecommerce platform as a business partner who will help you build your company rather than putting obstacles in your way. Many platforms are incompatible with growing businesses, or they limit your company’s growth by limiting key features like customisation and scalability. Make sure your ecommerce platform allows you to build your business in the way you want.

While reliable hosting is vital for all websites, it is especially critical for ecommerce companies that may see traffic spikes during sales and special offers seasons.

Your ecommerce store is housed on Shopify’s servers because Shopify is a proprietary platform. You get unlimited storage as part of their infrastructure. You can also use a domain name that you have already purchased for your shop.

The user interface (UI) is an important element for any ecommerce store since it makes a strong first and lasting impression on visitors.

WooCommerce does not have a theme store of its own. Markets like ThemeForest, which is part of the Envato Market, contain a lot of great-looking (and really useful) themes. Just make sure to pick a light, responsive theme to ensure that visitors have a pleasant experience no matter what device they use to access your store.

The WooCommerce and Shopify platforms both include payment alternatives.
Shopify Payments, powered by Stripe, and third-party payment methods like PayPal and Amazon Payments are available. It’s worth noting that Shopify Payments is only available in a few countries, including the US, Canada, the UK, and Australia.

Both WooCommerce and Shopify allow you to customise your shipping charges based on a variety of factors such as product size and weight, local and international delivery, and so on.If you want to take it a step further, you may calculate shipping costs in real time using several delivery options such as FedEx and UPS.

If you are not a developer by trade, this is something you should seriously consider. WooCommerce provides a lot of flexibility and modification, however further customization requires the assistance of a professional developer. This is also true for Shopify, because while the drag-and-drop interface makes it simple to set up your online store, you’ll have to get your hands dirty if you want to make advanced adjustments.

You won’t be surprised if you’re told that Shopify isn’t particularly useful for multilingual stores after reading the paragraph about payment choices. This issue is partially handled by langify, a Shopify app that supports many languages and currencies.

As previously said in this post, you should consider your ecommerce solution as a business partner who grows and scales with your company. This is crucial to consider because as your ecommerce business expands, you will have more orders to process, and if your ecommerce platform isn’t up to the task, your business will collapse, which is something you don’t want to happen.

As a result, Shopify handles the majority of the technical aspects for you, including web hosting. Shopify’s architecture is more than capable of supporting larger stores, as well as increasing amounts of orders and visitors. It’s also simple to scale because you can simply upgrade to a larger plan as your company grows.

Is WordPress a superior alternative to Shopify?

The WooCommerce extension for WordPress allows users to transform their existing website into an eCommerce store. In the long run, WooCommerce has shown to be a better eCommerce platform than Shopify in terms of stability, performance, and cost.

What is the distinction between WooCommerce and eCommerce?

Ecommerce is a method of selling physical and digital goods and services through the internet. Woocommerce, on the other hand, is a WordPress plugin that allows website owners to turn their site into an eCommerce store.

Is WooCommerce a plugin that is available for free?

Which eCommerce platform is ideal for small businesses?

One of the top eCommerce systems for small and medium-sized enterprises is WooCommerce. Users benefit from powerful features (themes/plugins/extensions) and limitless customization because it is free, open-source, and supported by the WordPress Community. 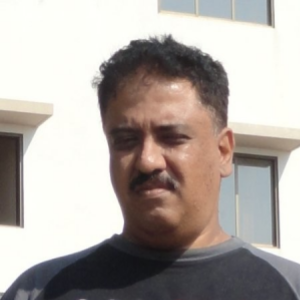 Sumeet Shroff is one of the prominent Experts in the world of Web Design, Ecommerce and Digital Marketing. He has designed and developed 500+ Website and rank them in Google.
All Posts Bake Me A Wish-Cake Shop We Take The Cake Shop... If you want to be a social media success, your...

Subscribe to our Newsletter to stay up to date on the latest news in web design, ecommerce, and digital marketing.

Send this to a friend